From Winter to Spring 2

From Winter to Spring 1

Five by Four by Night

Look Past the Obvious

BLANK SPACE is pleased to present a trio exhibition featuring paintings by Gary Abernathy, J.T. Kirkland, and Antoinette Wysocki. The artists’ paintings’ styles differ amongst each other, and yet each has a dedication to presenting deceivingly simple subjects with layers of complexity that unfold as the viewer takes in each painting.

Wysocki’s Mille-Fleur series on linen deftly expresses the process of gesture and washes to maintain the expressionistic quality. Using heavy saturated color with bold brush strokes and various drawing media, her gestures create pods, blooms, and drawings of a botanical nature. The many layers bind and refract, creating texture and translucency through this process. Wysocki balances each medium with its corresponding absorption rate of the surface, allowing the materials to interact with each other and the linen. This process creates a recognizable image, easing the eye through the layers of paint.

Abernathy’s suite of paintings evokes a microcosm view of land and waterscapes. The use of color rhythms and elliptical shapes across the canvas produce forms that reduce nature to its primary elements. Abernathy’s interests lie not in the overall view or vista of an earthly environment, but instead, on the areas around and between objects; a deconstructivist approach towards nature. Such an approach is an execution in minimalism, disconnected from cultural references, creating a fragmentation of nature unaffected by time.

Kirkland’s reductivist style and execution is part of his desire to strive for clarity and resolution in line, color, and form. The intention is to challenge viewers’ perceptions of surface and space through simple, precise gestures on wood; a celebration of wood as art. His series is best appreciated over several viewings with focused attention. Each time, the viewer catches something that wasn’t obvious before, and one’s visual and emotional reaction changes. What was initially simple (or complex) is now changed and expanded, whether it is from the wood itself, the precise gesture of paint upon it, or the interaction of the two.

Chicago, Seattle, New Mexico and Washington D.C. In 2007, she was nominated for

Since earning his BFA and MFA from Florida State University, Abernathy has participated in a several group exhibitions, and his work has been added to a number of prestigious collections including IBM, Chemical Bank and State of Florida House of Representatives. Additionally, Abernathy’s work has been covered and reviewed by various publications, including The Miami Herald and Tallahassee Democrat.

Kirkland received his BS from Centre College and has since had solo exhibitions in cities including New York, NY, Washington, D.C., and Richmond, VA, in addition to many curated group exhibitions across the country.  In January 2010, Kirkland was an artist in residence at the Vermont Studio Center.  He received the Robert Riddick Memorial Award from the Rawls Museum in 2009, and in 2007, his work, Synapse, was acquired by the University of Kentucky Art Museum for their permanent collection. 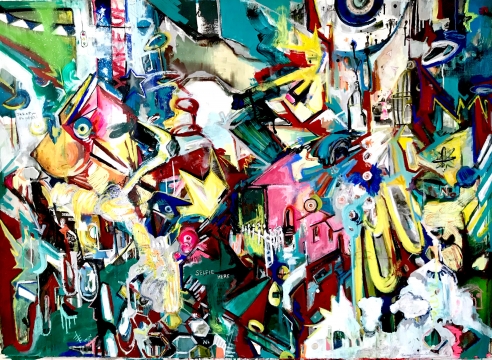 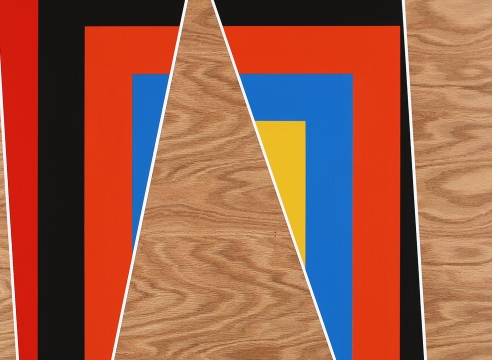