Blank Space is pleased to introduce a joint exhibition of paintings featuring artists Elyce Abrams and Bernard Dunaux. Both artists' paintings focus on dynamic contrasts that drive their respective creative processes and the viewer's experience. The paintings express contrasting light and dark, noise and silence, discord and harmony; contradictions that unify and elicit an emotional response.

Abrams' paintings progress from dark to light and alternate in density of field, in turn exploring the tension, atmosphere, and noise of a conceptual place. There is a sense of narrative throughout Abrams' paintings. This poetic journey is suggested metaphorically, leaving the viewer to appreciate the work through a variety of interpretations. Vertical columns in the foreground lend weight and dimension, both obstructing the landscape and providing a visual frame of reference for the viewer. The repetition of columns portrays either the gathering of individuals or permanent structures within the landscape. Abrams’ use of texture and brushstrokes is used to continuously engage the viewer.

Dunaux's paintings express a constant search for new forms of visual and intellectual expression. His creative process originates with, what he has termed, a "non-moment" in which constant thought ceases, shifting into elements on canvas. From his Los Angeles studio, Dunaux has developed a style that paradoxically unifies rather than separates formal elements in visual harmony: energetic brushstrokes against fields of soft color, bright colors highlighting negative spaces. In Dunaux’s latest compositions, the multi-layered ground becomes a visual archive of the process. Dunaux is unwilling to adhere to any one school of thought is shown in the refined, refreshingly contemporary, yet strikingly classic nature of his work.

Abrams received her BFA from School of the Museum of Fine Arts in Boston and her MFA from the University of the Arts: Philadelphia in 2004, and was awarded an Artist's Grant to the Vermont Studio Center in 2005. Philadelphia-based, she has shown frequently in its city galleries in both solo and group exhibitions, as well as from New York City to Delaware to Ohio since 1999.

Born in Sydney, Australia in 1957, Dunaux moved to the United States in 1981 after completing his formal art studies in Paris, France. He has been featured in a number of US and international exhibitions as well as in several publications, including Luxe Magazine and Elle Décor. Dunaux is currently working from his studio in Los Angeles, CA and will be published in the fourth edition of International Contemporary Masters, which will be available starting November 2010 at Barnes & Noble and Amazon.com. 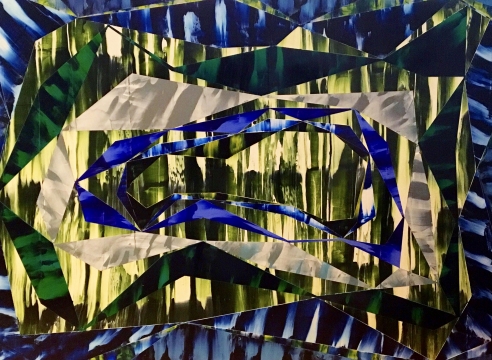