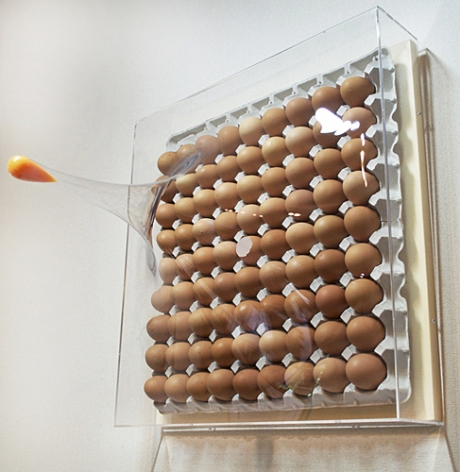 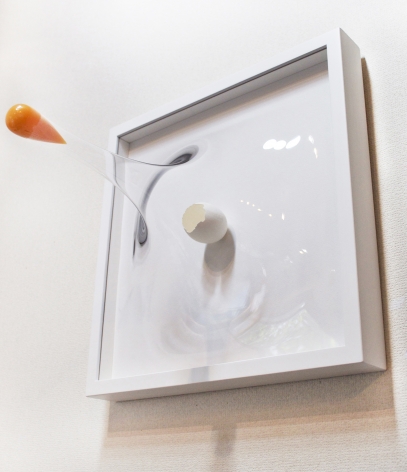 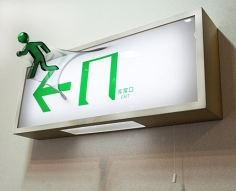 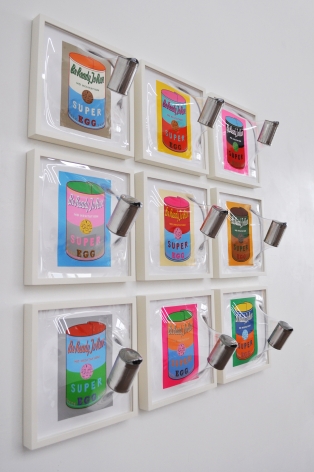 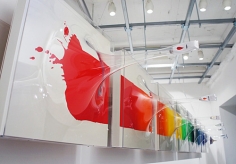 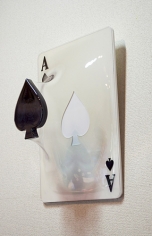 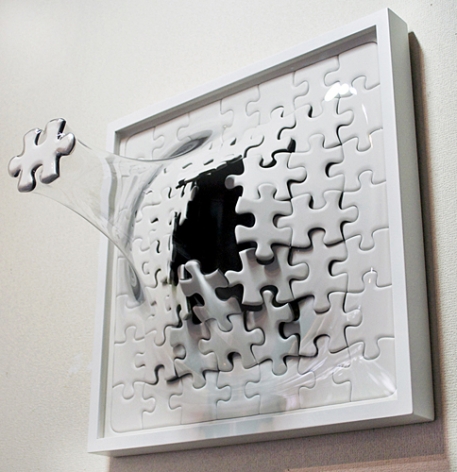 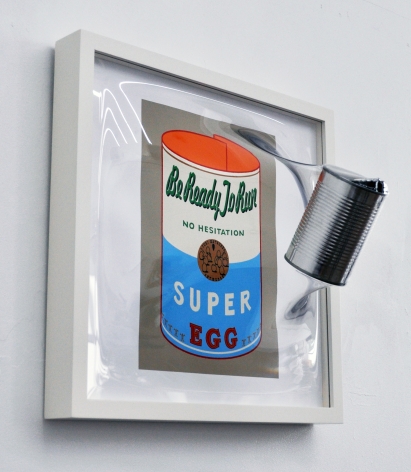 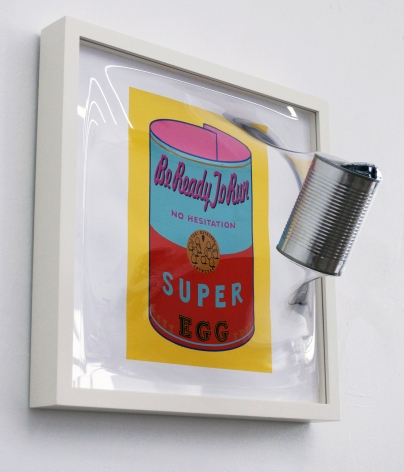 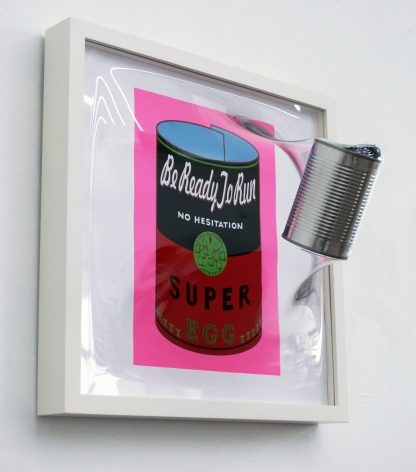 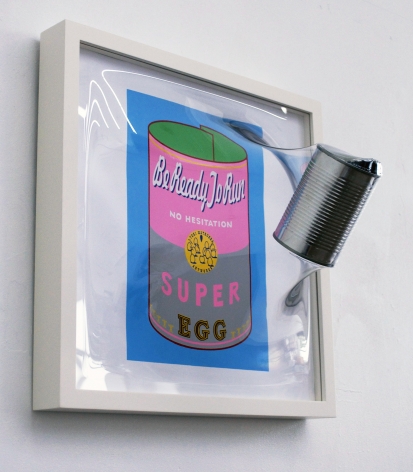 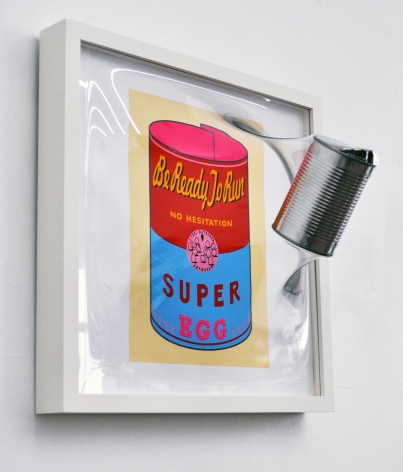 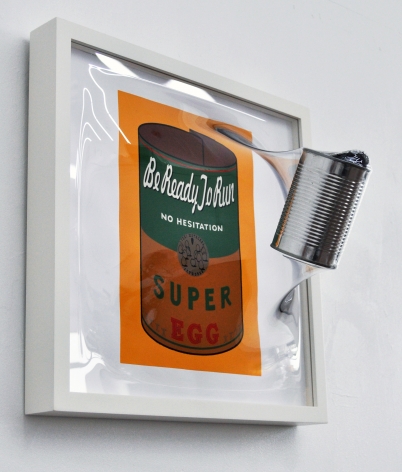 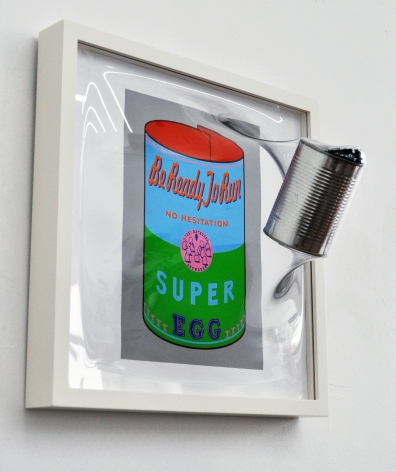 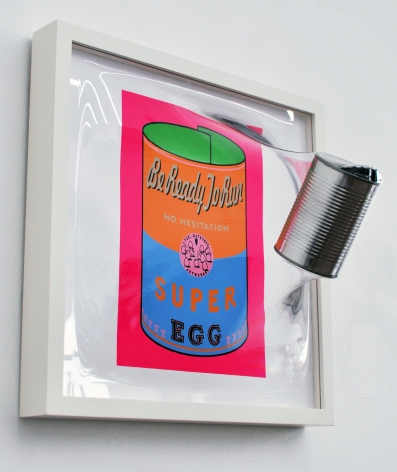 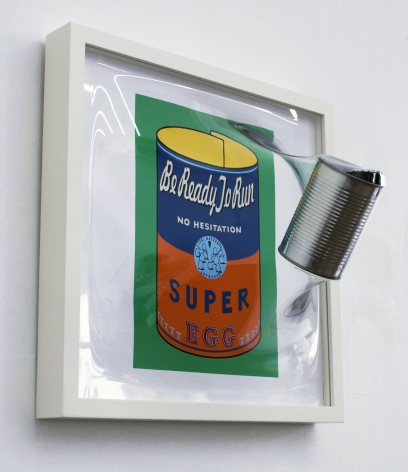 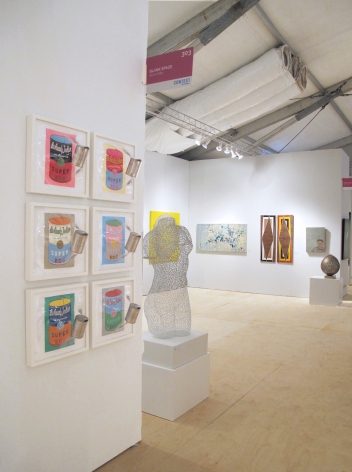 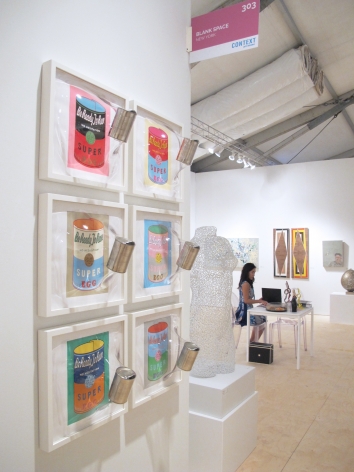 Yuki Matsueda is known for his unique three-dimensional pop-out sculptures that are amusing at the same time thought evoking. As a child, Matsueda spent his days at the printing factory, where his parents ran a small printing business. This was the stimulus of the artist’s creative world, and later he integrated his interest for three-dimensional objects to create a tromp l’oeil sculptural print with objects stretching through the acrylic surface. Matsueda’s soup can series is a re-appropriation of Andy Warhol’s well-known Campbell Soup prints, which represent mass production in a consumerist society. The aluminum can pops out leaving only the label on the print. The lid is left slightly open, to suggest to the viewer that there is an incredible source of energy inside the can.

Yuki Matsueda (b. 1980) was born in Ibaraki, Japan and received his Ph. D. in Design from the Tokyo University of Arts. His works were exhibited internationally in Tokyo, Hong Kong, Shanghai, Berlin, Seoul, and Los Angeles. 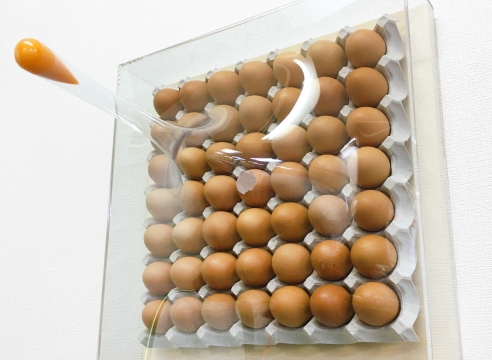 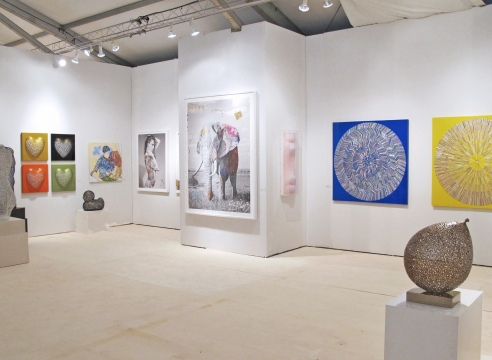