Hamilton Aguiar (b. 1965) is a Brazilian painter and sculptor. Born in Belo Horizonte, Brazil, he relocated to the United States in 1987.  Through restoration work in churches and public and commercial spaces he mastered the technique of gilding, prominent in his paintings of silver and copper leaf on wooden canvas. The application of oil paint on metallic leaf reflects light from beneath the paint, which presents the optimized colors drawn from nature.

In 2004, Hamilton had his first solo exhibition in New York City with his "Landscapes" series portraying the seasonal changes. In 2005, he began his "Solitude" series, which depict the artist's recurring motif of the leafless tree waiting to blossom, reminiscent of the artist's first impression of New York in the cold winter of 1987. In 2014, Hamilton created the "Cores" series of vibrant colors of assembled panels, and in 2015, he began his "Acqua" series, which capture the seascapes of Miami beaches.

Hamilton is now represented by several galleries across North America, and has shown in exhibitions and art fairs in the United Kingdom, Germany, Korea and Canada. After a few years developing ambitious studio projects in his native city of Belo Horizonte, Hamilton relocated to Miami where he works to this day. 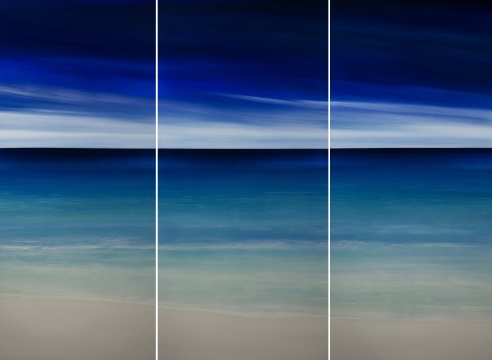